Home > News > Why Bitcoin is worth HODLing

Bitcoin is the largest cryptocurrency token in terms of market capitalization; however, it has had its ups and downs historically, even just a year ago.

Its value also shapes the entirety of the cryptocurrency industry, so knowing what to watch out for within Bitcoin is essential so you can take advantage of the entire array of altcoins as well.

However, this is why HODLing Bitcoin proved itself as a solid option for many traders, as on November 10, BTC increased in value to $69,044.77, which marked its latest all-time high value. 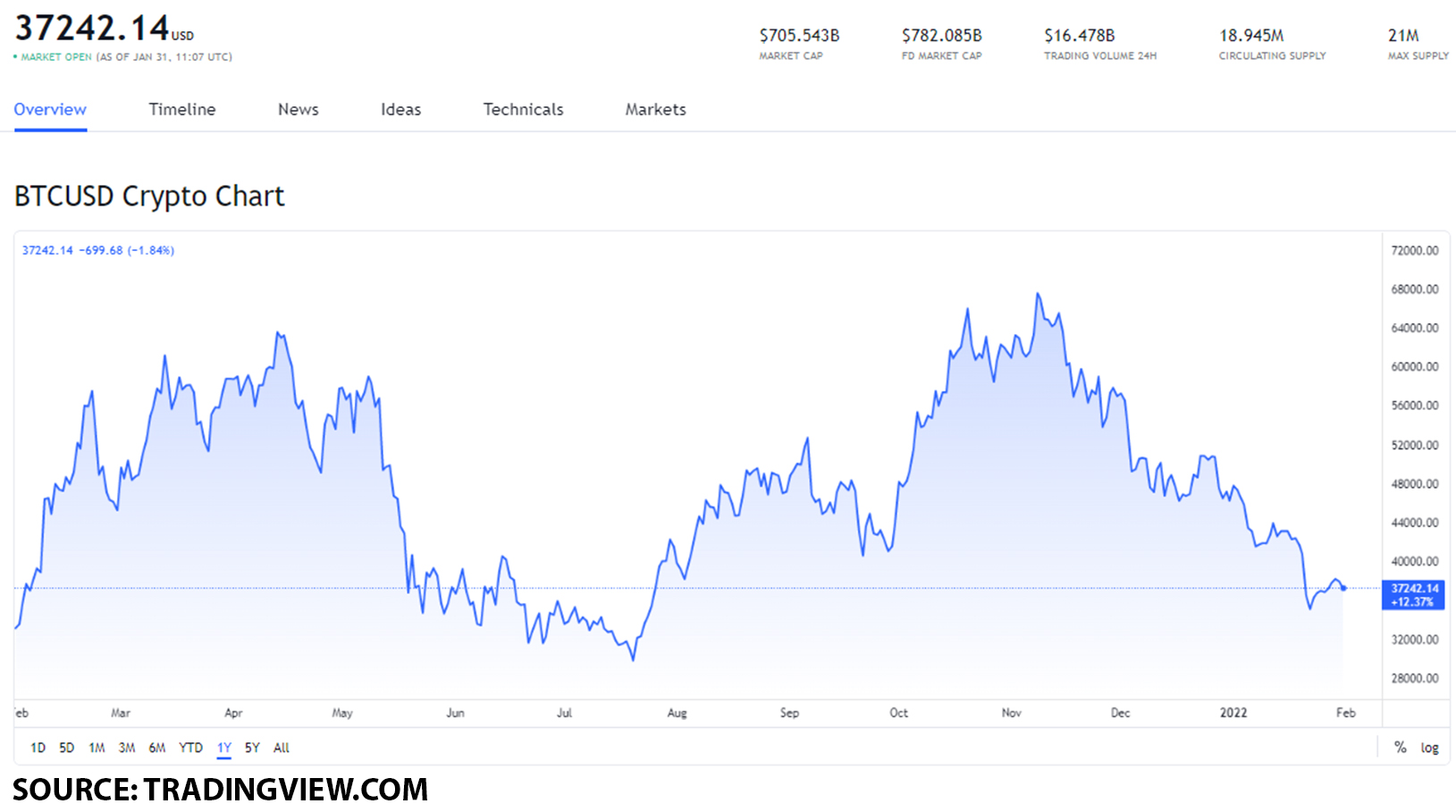 To get a better perspective as to what kind of value point this is for the BTC token and to see if it is worth buying and HODLing, we will be going over it's all-time high value as well as its performance throughout the previous month.

The token then decreased in value to $45,697.92 on December 18, and this essentially marked the lowest point of value for the token.

With all of this in mind, at $37,242.14, if you already have Bitcoin (BTC), then HODL. If you are interested in buying Bitcoin, it is a solid purchase at this value point as well.

When we take last year's performance into consideration, it is clear that BTC has the potential to reach $40,000 by the end of February 2022, making it a solid token to buy.