Home > News > What does the decrease of BTC under $40K mean for its future?

Bitcoin (BTC) is the largest cryptocurrency token, both in terms of its market capitalization as well as its overall appeal to investors.

This is mainly fueled due to its market dominance and its increase in the overall mainstream adoption as a means for the token to be used for everyday payments.

Bitcoin decreases under the $40,000 support line

The price of the Bitcoin (BTC) cryptocurrency token stumbled to $39,317.51, according to data from TradingView, which means that it fell below the $40,000 support level for the very first time since March 16, 2022.

This decline came after the 10-year Treasury yield managed to achieve a three-year high of 2.78%.

At this point in time, typically, riskier assets fall when yields increase.

Additionally, Nasdaq Composite was also down by more than 1%, and even though Bitcoin should trade independently from the stock market, there has been a high correlation between them throughout the past few months. 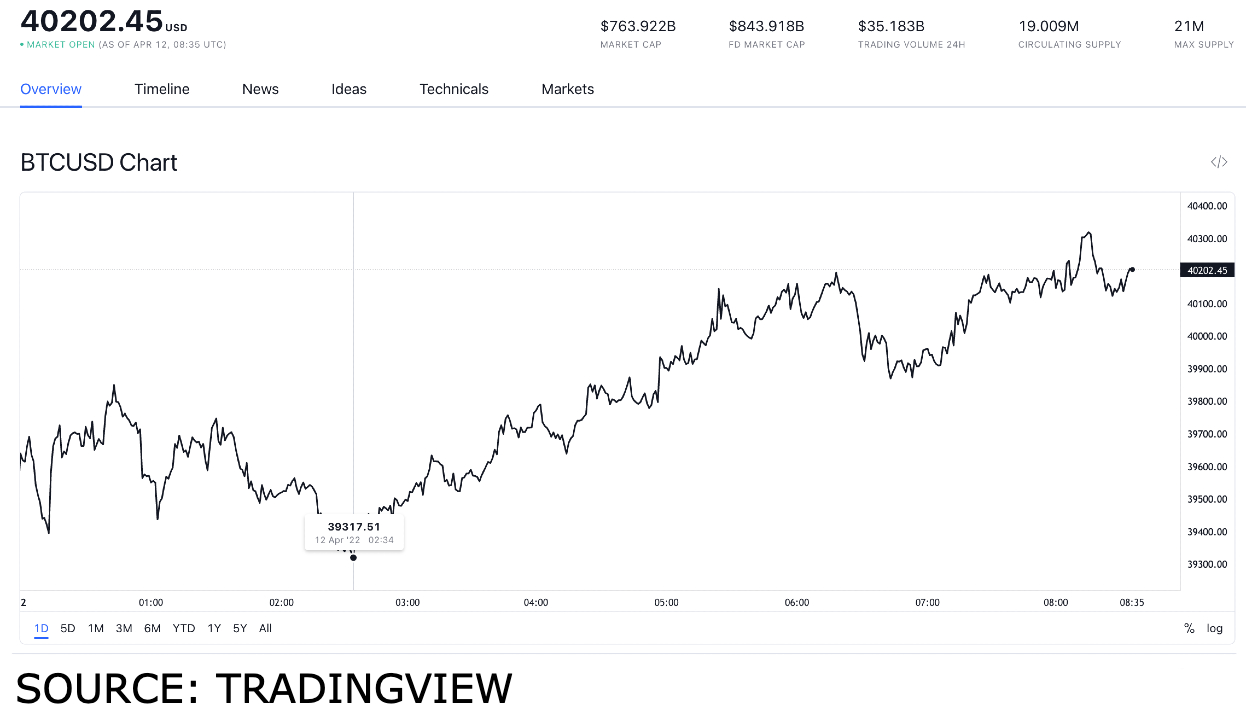 In order for us to get a better perspective as to exactly what this value point means for the overall value of the cryptocurrency, we will be going over its all-time high point of value, alongside the performance the token showcased throughout the previous month.

When we go over the performance of the token throughout the previous month, we can see that Bitcoin (BTC) had its lowest point of value on March 7 at $37,351.3.

With all of this in mind, we can expect the Bitcoin (BTC) cryptocurrency to increase in value to $42,000 by the end of April 2022.