The entire crypto industry has been shaken up a bit after the Russia and Ukraine conflict, which is currently active. This has made Bitcoin dip in value; however, it has managed to recover afterward.

In any case, there are numerous events currently that utilize Bitcoin, and each of them provides a heightened level of utility for the BTC cryptocurrency token and showcases what it is actually capable of.

Bitcoin Utility as a catalyst for growth

According to data from the blockchain analytics firm Elliptic, The Ukrainian government and NGOs have provided support to the military and have raised $20 million through thousands of cryptocurrency donations since the start of the invasion.

One NGTO received a single Bitcoin donation worth $3 million. Based on their data, 56.4% of the total donations were in the form of the Bitcoin (BTC) cryptocurrency token, with the second being Ether (ETH) at 31.8%.

Additionally, Russian soldiers were offered Bitcoin in exchange for surrendering. In other words, any Russian soldier who surrenders to Ukraine will receive 5 million rubles worth of crypto or cash, according to Masha Efrosinina, a local TV host and honorary ambassador of the United Nations Population Fund in Ukraine. 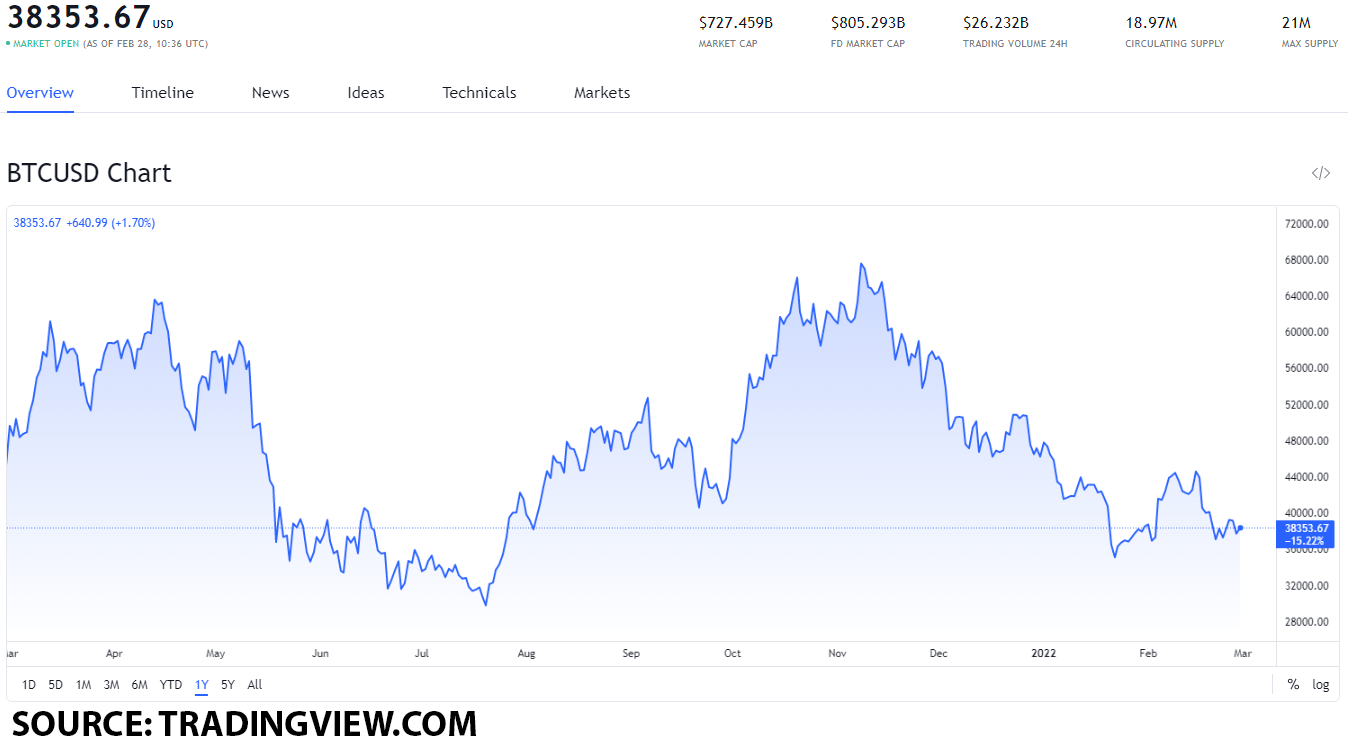 In order for us to get a better perspective as to what kind of value point this is for the BTC cryptocurrency token, we will be going over it's all-time high value, alongside its performance throughout the previous month.

When we go over the performance of Bitcoin (BTC) throughout the previous month, we can see that its highest point was on January 2, 2022, when the token reached a value of $47,730.23.