Bitcoin (BTC) is by far one of the largest cryptocurrency tokens in terms of market capitalization, and despite its recent market swings, it has remained high up in value over the $40,000 point.

However, due to the fact that it is the largest cryptocurrency token out there, there is a lot of analytics surrounding its potential growth in the future.

The Global Investment bank, JPMorgan, has predicted that the long-term price of Bitcoin can reach $150,000, while the fair value of the cryptocurrency is at $38,000.

Nikolaos Panigirtzoglou, JPMorgan Chase & Co.’s strategists, wrote in a research note that their long-term theoretical target for the value of the BTC cryptocurrency token is at $150,000, up from $146,000 predicted the previous year.

Another banking giant, Wells Fargo, also released its own cryptocurrency market lookout in a report, stating that the global crypto adoption might “soon hit a hyper-inflection point” as “it is still early in the cryptocurrency investment evolution.” 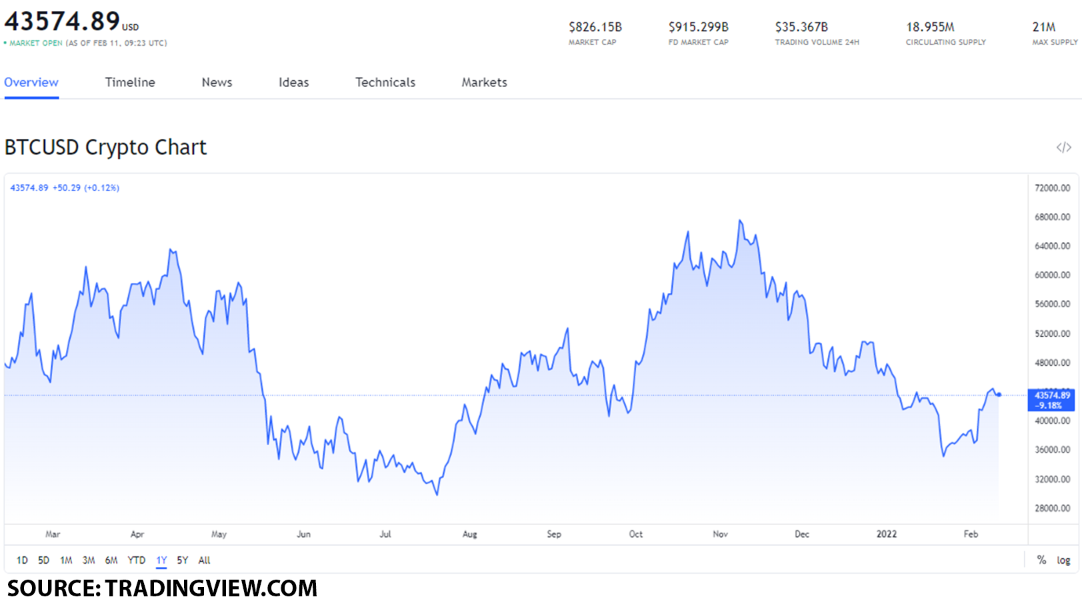 To get a better perspective as to what this value point means for the Bitcoin (BTC) cryptocurrency token, we will be going over it's all-time high value, as well as its performance throughout the previous month.