Bitcoin is by far one of the largest cryptocurrency tokens in terms of market capitalization, which has dominated the crypto industry ever since its creation.

This is a token that a lot of investors consistently keep an eye on due to the fact that it essentially shapes the entire industry.

The MicroStrategy 660 BTC purchase as a catalyst for growth

Michael Saylor, who is the Chairman & Chief Executive Officer of MicroStrategy, made an official announcement on Twitter on February 1, 2022, that the company purchased another 660 BTC tokens at an average price of $37,865 per coin.

Furthermore, they will not stop buying crypto regardless of whether the prices are high or low.

This increased interest and purchase of the BTC cryptocurrency token will steer investor confidence and can increase the value of the token. 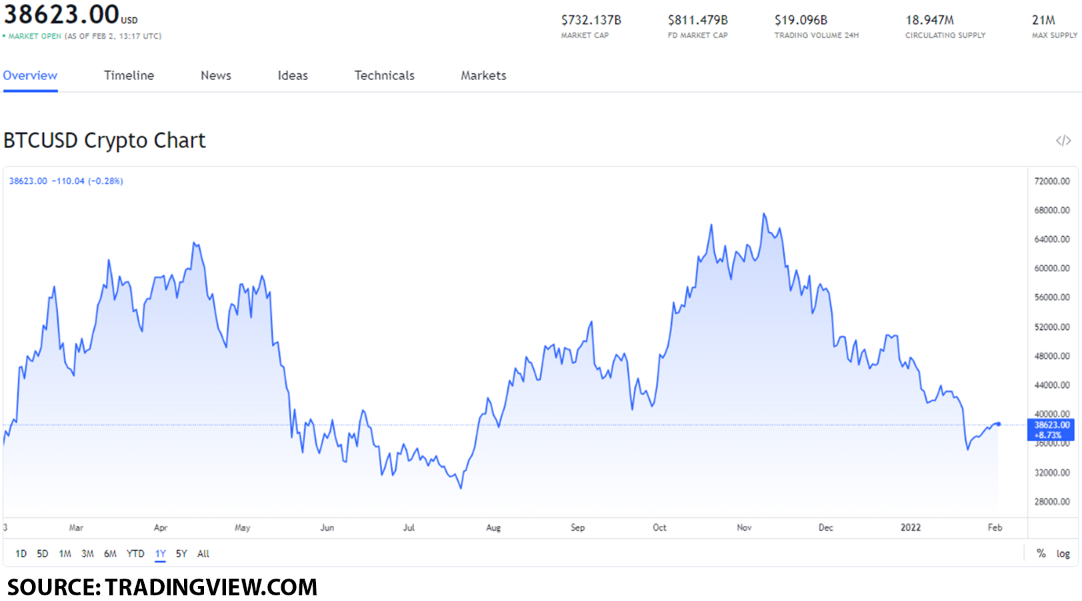 To get a better perspective as to what all of this really means for the BTC cryptocurrency token, we will be going over it's all-time high point of value, alongside its performance throughout the previous month.

When we go over January’s performance of the Bitcoin (BTC) cryptocurrency token, we can see that its highest point was on January 2, 2022, when it reached $47,730.23 in value.