Bitcoin is by far one of the largest cryptocurrency tokens in terms of market capitalization.

Despite the fact that the token has seen a dip in its value, it is still a dominant force within the industry and is bought by a lot of investors.

The Chief Financial Officer of MicroStrategy, Phong Le, said that the firm would continue to purchase the BTC cryptocurrency token despite the recent downturns, according to a report by The Wall Street Journal.

According to a publication by The Wall Street Journal, Phong Le said that it is unclear if the firm will buy more Bitcoin than they did last year but will carry on doing so.

With that in mind, As of December 29, 2021, the firm held 124.391 Bitcoin (BTC) tokens, according to its filings with the Securities and Exchange Commission.

This news and commitment to the token by MicroStrategy showcases trust within the value of the token increasing, and as such, can lead to it becoming an appealing option for cryptocurrency investors.

In a January 26 video conference, Vladimir Putin, the President of Russia, argued in favor of Bitcoin mining, where he cited the competitive advantages it brings to the country and opposed the crypto mining ban which was proposed by the Central Punk, following pressure from Russia’s Federal Security Service.

As such, Bitcoin (BTC) has the potential to increase in value throughout the next month. 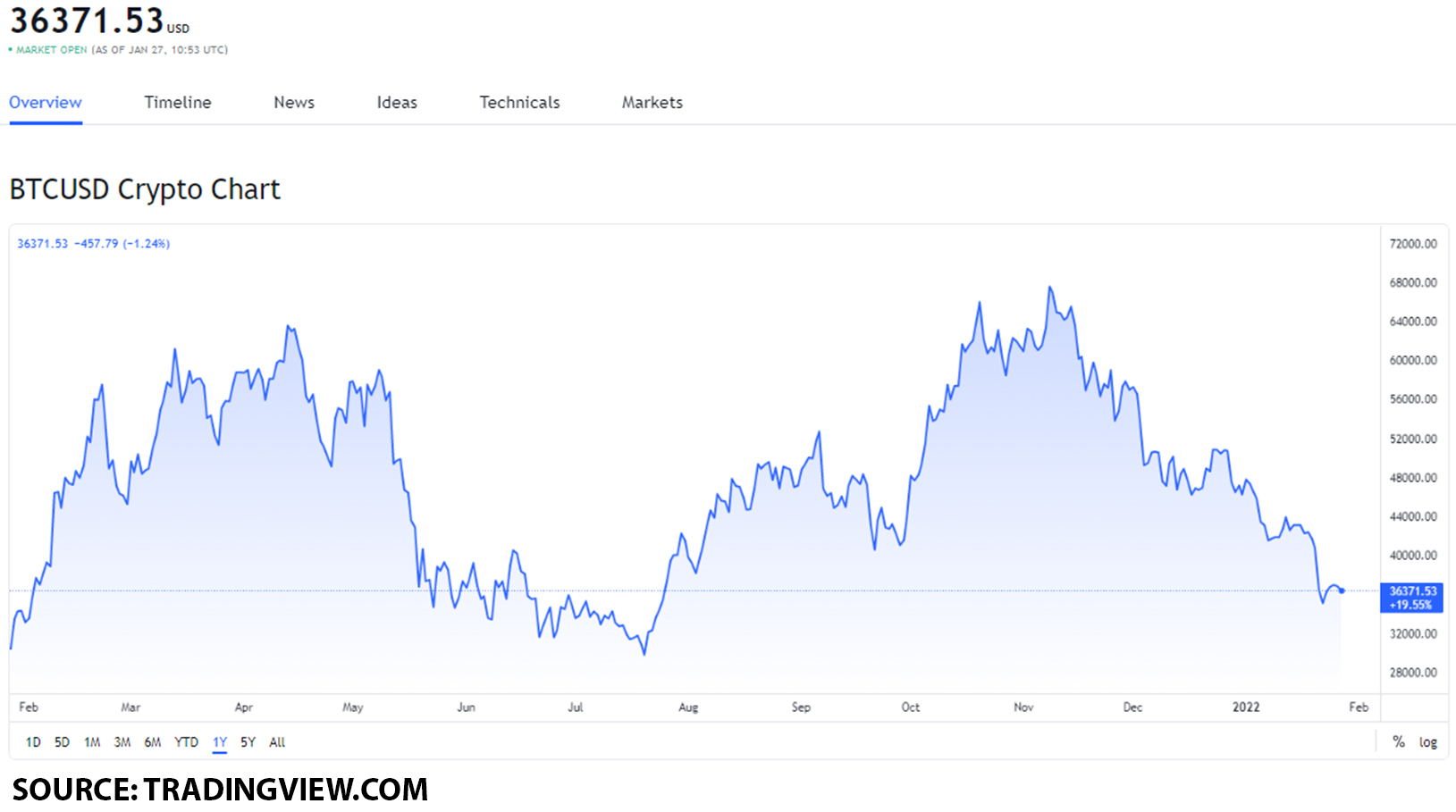 To see what this value point means for the BTC token, we will be going over it's all-time high value as well as its performance throughout the previous month.

In terms of the performance of the token throughout the previous month, on December 1, 2021, the token saw its highest point of value at $58,667.85.