Home > News > Should you buy Bitcoin (BTC) after its hashrate got to a new ATH?

Bitcoin (BTC) has showcased market dominance ever since it was created.

It ranks as the #1 cryptocurrency token in terms of market capitalization, and its shifts in value provide us with an outlook of the entire industry.

As such, its hashrate plays an important role in the overall performance surrounding Bitcoin (BTC).

In fact, Bitcoin as a whole has showcased strength throughout this month after it reached one of its lowest points of around $33,495.91 in January. Since then, the token has broken the $41,500 resistance level.

The Relative Strength Index or RSI levels showcased readings of 39 on Monday, which suggested an end to the weekend slide and a continuation of an uptrend.

Furthermore, the Bitcoin hashrate hit 248.11 million terahashes per second (TH/s) on Saturday, which is an increase from the 180 million TH/s level recorded last week. All of this has the potential to further bring the value of the BTC cryptocurrency token forward and let it increase. 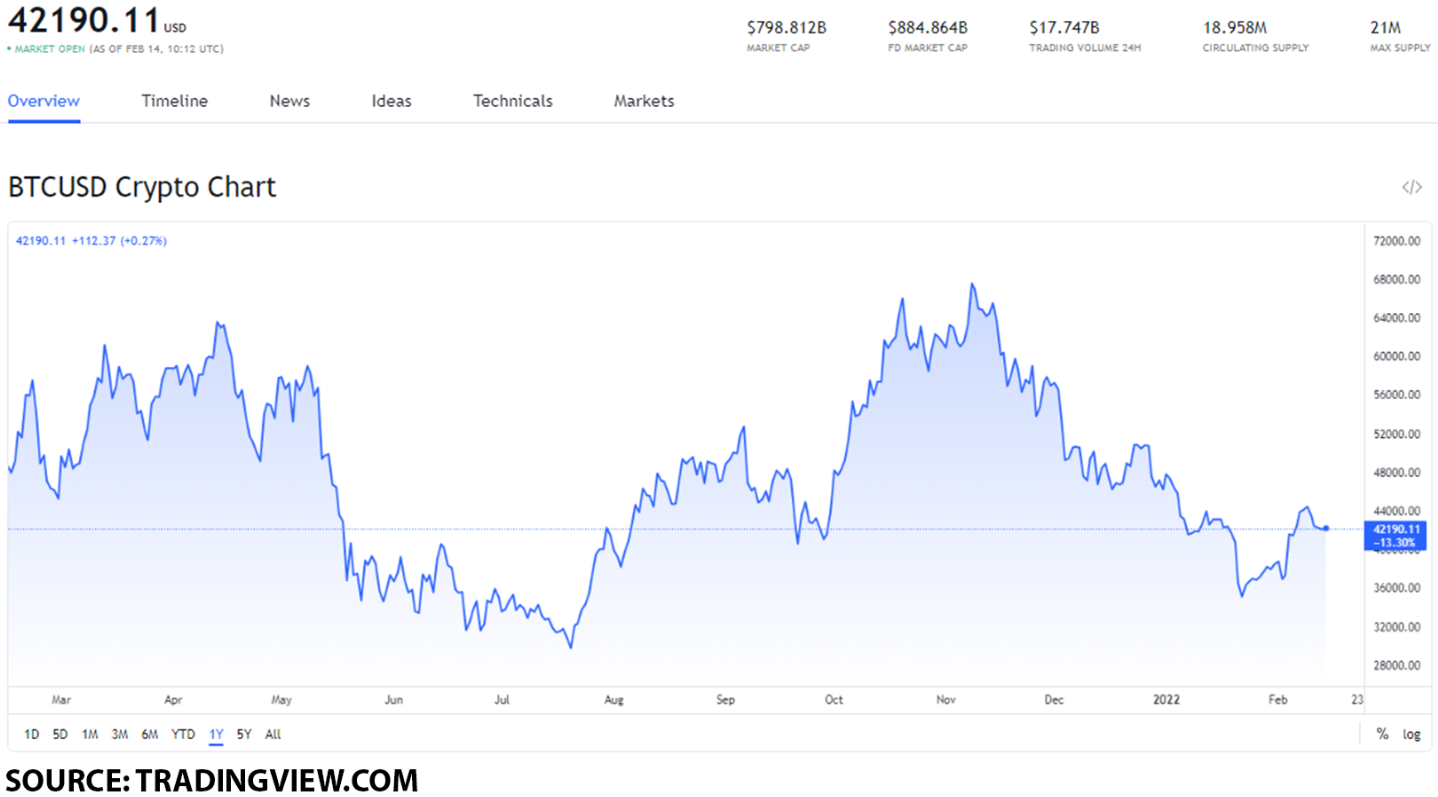 To get a better perspective as to what this value point means for the Bitcoin (BTC) cryptocurrency token, we will be going over the token’s all-time high value, as well as the performance it showcased throughout the span of the previous month.

When we take a look at the performance of the Bitcoin (BTC) token throughout January, we can see that BTC’s highest point was on January 2, 2022, when it reached a value of $47,730.23.

With this in mind, we can expect the Bitcoin (BTC) cryptocurrency token to reach a value of $45,000 by the end of March 2022, making it a solid purchase.