Home > News > Should you buy Bitcoin before the Taproot upgrade?

Bitcoin is by far one of the largest cryptocurrencies in terms of market capitalization and has remained on top ever since its creation.

It paved the way for many other cryptocurrencies or altcoins; however, it has been lacking in privacy, efficiency, and programmability, something that the Taproot upgrade intends to resolve.

The Taproot Upgrade as a catalyst for growth

Bitcoin’s taproot Upgrade is expected to go live this Saturday, November 14, with the goal of making transactions faster as well as less expensive while also providing the blockchain with a heightened level of programmability.

On November 10, BTC reached its latest all-time high value of $69,044 due to the hype surrounding this huge upgrade.

However, after its release, the token has the potential to climb even higher as more developers get on board towards building Bitcoin-based decentralized applications or simply finding a heightened level of utility for the BTC tokens.

Additionally, Taproot is intended to introduce MAST (Merkelized Abstract Syntax Tree), which will make it a lot more difficult to analyze Bitcoin transactions or trace them. In other words, complex transactions will be indistinguishable from basic transactions.

Then there’s also the introduction of Schnorr signatures, which will create smaller transaction sizes by utilizing data aggregation.

All of these features will, in turn, allow developers to create Bitcoin dApps, and end-users will also be able to benefit from far cheaper and a lot more private transactions. 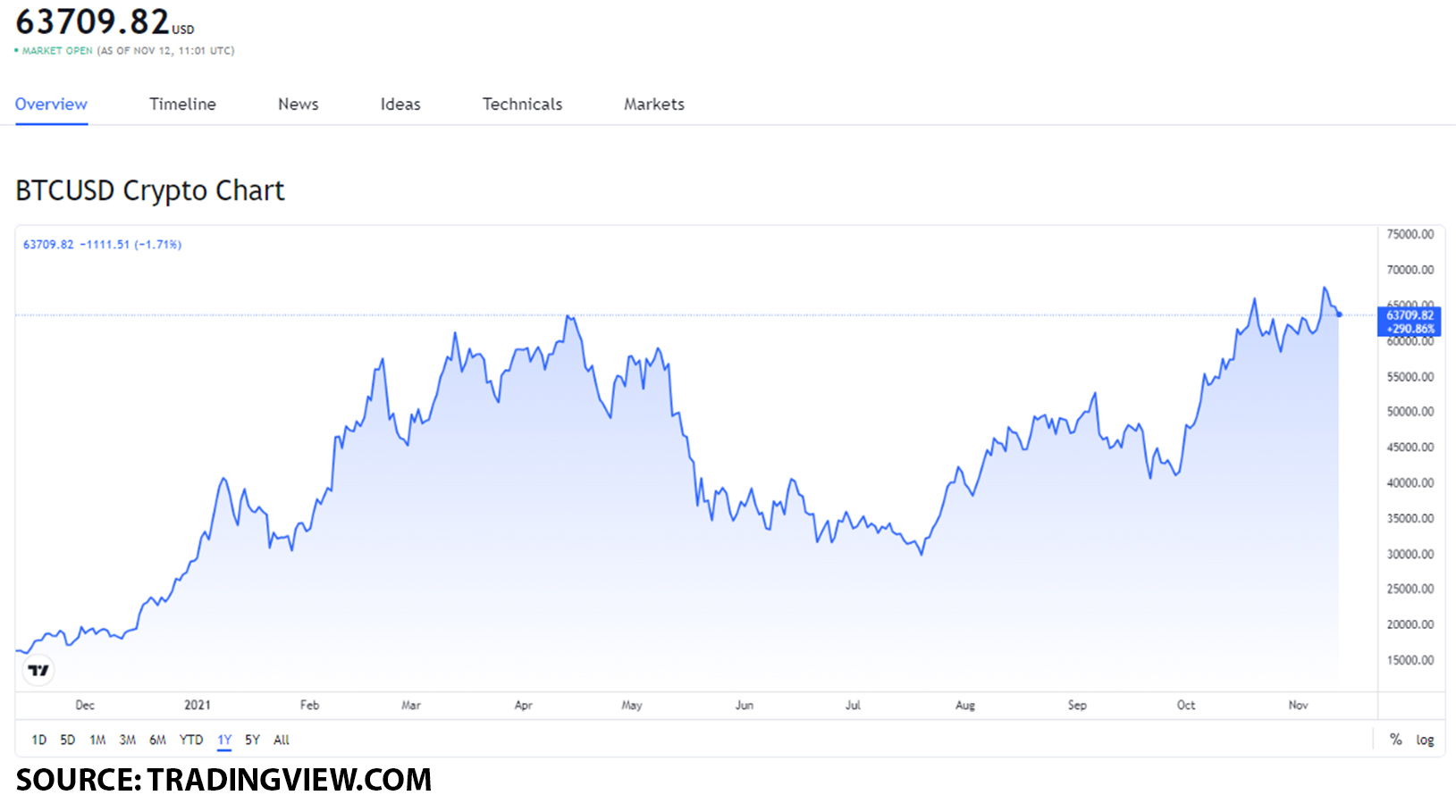 In order to get an indication as to what kind of value point this is for the BTC cryptocurrency, we’ll compare it to it's all-time high value as well as its performance in October.

When we look at its performance in October, on October 1, BTC had its lowest value at $43,414.

With this latest upgrade to the network, we can expect BTC to reach a value of $70,000 by the end of November, making it a worthwhile purchase.

Should you buy Shiba Inu (SHIB) on November 30?