Home > News > Is it worth buying Bitcoin after the recent increase in crypto donations ?

Bitcoin BTC/USD is the largest cryptocurrency token in terms of market capitalization and global adoption, especially throughout recent world events.

In fact, not only has Bitcoin been the top cryptocurrency used for donations, but it will also become legal tender in Switzerland’s City of Lugano.

Crypto donations and Lugano’s developments as catalysts for growth

Donations in cryptocurrencies such as Bitcoin (BTC) are pouring into Ukraine as a result of the war with Russia.

Ukraine announced that it would accept Bitcoin, Ethereum, and USDT on February 26, 2022.

Ever since Moscow invaded, which occurred on February 24, there have been over 102,000 crypto assets donated within the country, which total $54.7 million.

These have gone to the Ukrainian government directly as well as to Come Back Alive, which is an NGO providing support to the military.

Furthermore, the 60,000 plus citizens of Lugano will be able to transact, invest, and pay taxes through the usage of cryptocurrencies such as Bitcoin, USDT Tether, and LVGA tokens after all three cryptocurrencies are accepted as legal tender within the city.

This announcement was made on March 3, 2022,  by the Mayor of the City, Michele Foletti, in the event that was organized by the city in collaboration with Tether. 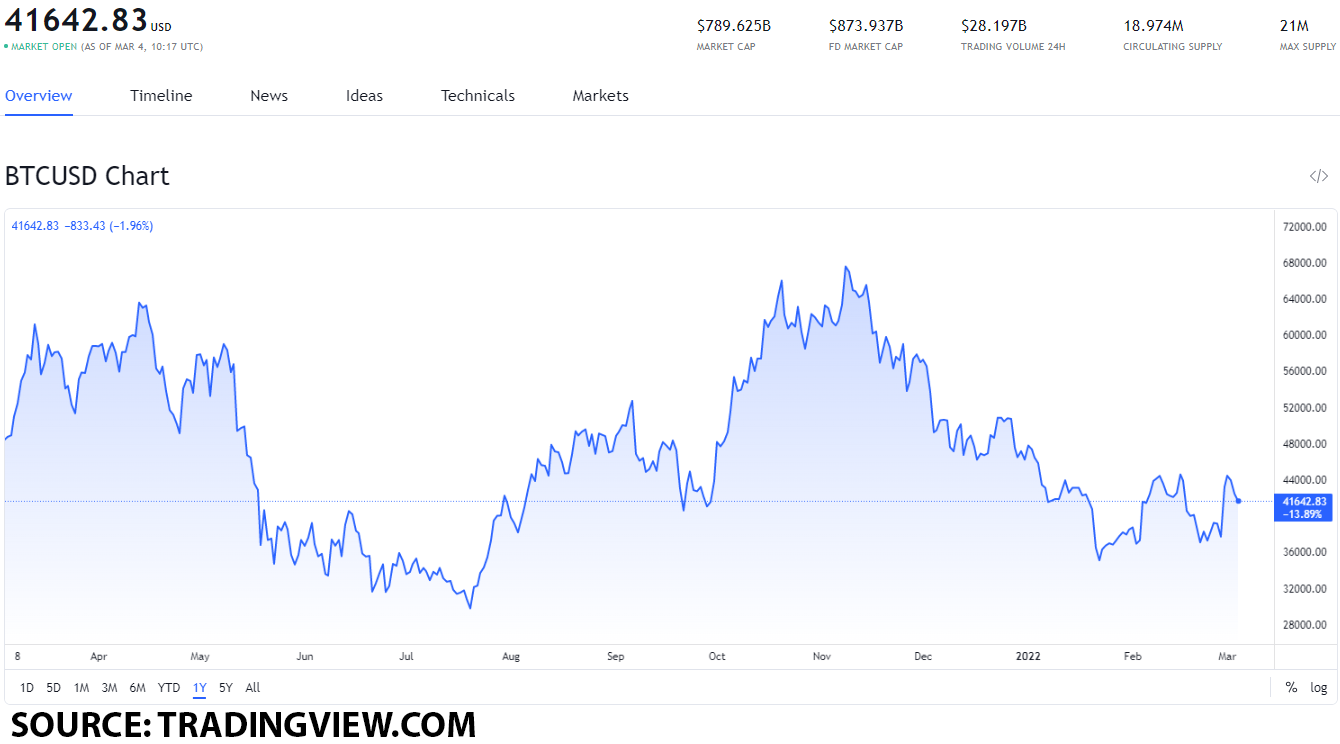 When we take into consideration the performance of the token throughout the previous month, Bitcoin (BTC) had its highest point of value on February 10 at $45,387.26.