Home > News > Is Bitcoin (BTC) worth buying after its increased adoption?

Bitcoin (BTC) is the largest cryptocurrency token in terms of market capitalization, and as such, it has been the go-to currently for many analysts in terms of estimating its growth and overall adoption.

Bitcoin mass adoption as a catalyst for growth

On March 31, 2022, Mike Alfred, a value investor, and entrepreneur, tweeted that the asset manager Van Eck said that the Bitcoin price implied by the global MO and M2 is between $1,300,000 and $4,800,000, assuming that it replaces FIAT currency reserves as the next global reserve asset.

However, VanEck thinks that the Chinese yuan is a more likely contender for this.

Furthermore, an assessment for BTC came in a Thursday insights piece which was written by VanEck's head of active EM debt, Eric Fine, and chief economist Natalia Gurushina, who aimed to compare the price implications for gold and Bitcoin if either one of them were to be adopted as the backing for global currency regimes.

These analysts found that the implied price ranges from $1.3 million to $4.8 million.

Furthermore, Off-White, which is an Italian luxury label, announced that they would accept Bitcoin (BTC) as well as cryptocurrency payments in flagship stores across Paris, London and Milan. 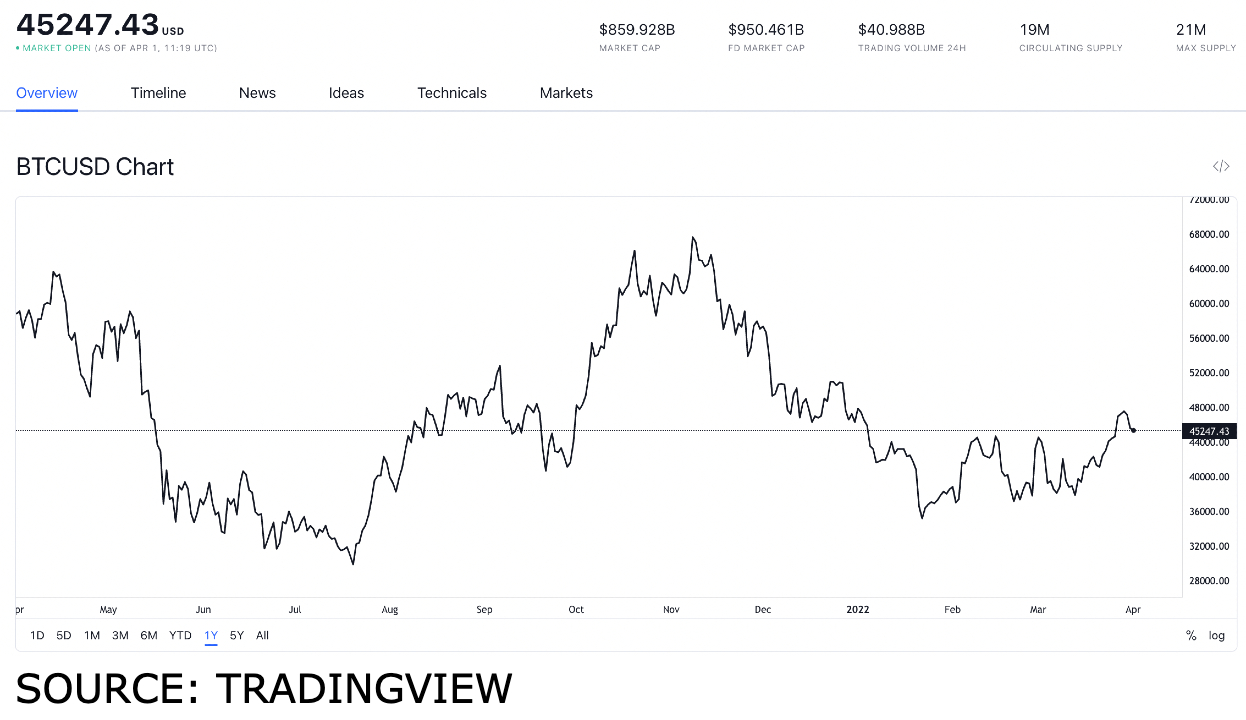 In order for us to get a better perspective as to what kind of value point this is for the Bitcoin (BTC) cryptocurrency token, as well as to figure out how far the token can grow in value, we will be going over its all-time high value alongside the performance it showcased throughout the previous month.

When we go over the performance of the token throughout the previous month, Bitcoin (BTC) had its lowest point of value on March 7, when it decreased to $37,351.3.