Bitcoin is by far one of the largest cryptocurrency tokens in terms of market capitalization, and it has showcased a high level of industry dominance ever since its creation.

However, with its recent dips in value, and purchases from many investors, the question on everyone’s mind is how quickly and how far can the value of the BTC token recover.

The Bitcoin rebound and its potential for growth

In the last 24 hours, Bitcoin has rebounded 2%, pushing its value to 42,330.17. The cryptocurrency market has also regained some momentum.

The current resistance level that Bitcoin (BTC) had to break was the $40,000 mark, and it did so successfully.

However, to truly see how much Bitcoin (BTC) can carry on with this growth, we will need to compare some of its value points historically. 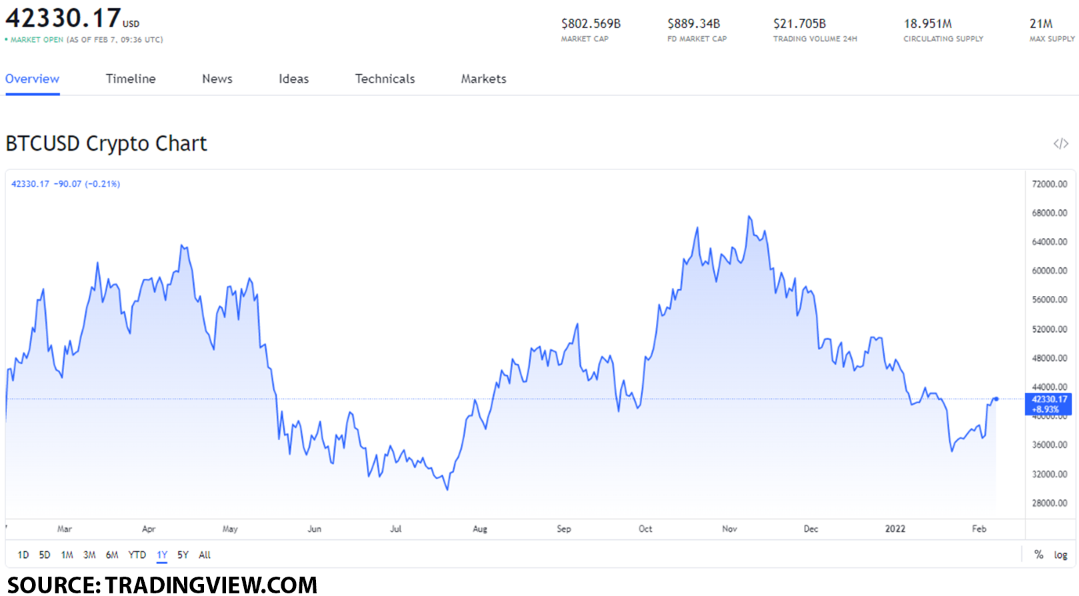 To truly get a better perspective as to what this value point means for the cryptocurrency token, we will be going over its all-time high value, alongside its performance throughout the previous month.

When we go over the performance of the Bitcoin (BTC) cryptocurrency token throughout the previous month, we can see that on January 1, it had its highest point of value at $47,730.68.

With that in mind, we can expect the Bitcoin (BTC) cryptocurrency token to reach $45,000 by the end of March 2022, making it a worthwhile token to buy.