Home > News > Can Bitcoin recover after it dropped to $35k

Bitcoin (BTC) is the largest cryptocurrency token in terms of market capitalization, and its various price movements are shaping the overall flow of the entire crypto space as a result.

The global financial markets plunged on May 5, as the Dow Jones managed to see a 1,063 point drop, and Bitcoin (BTC) saw a decrease in value to $35,571, which marked one of its lowest points of the month thus far.

This downturn is a result of the half-point interest rate hike by the Federal Reserve, the highest hike since 2000.

On May 5, 2022, the Luna Foundation Guard purchased $1.5 billion worth of Bitcoin (BTC). These funds were raised through a $1 billion over-the-counter (OTC) swap with the cryptocurrency broker Genesis.

Alongside this, Gucci announced that they would accept cryptocurrencies in the US.

Specifically, the Italian luxury brand will start accepting payments in cryptocurrencies in some stores in America, one of which is the Bitcoin (BTC) cryptocurrency, which will likely increase the usage and appeal of the token.

Bitcoin miners also reached the halfway point to the next block reward halving.

This block represents the halfway point to the next halving, which is estimated to occur in 2024. 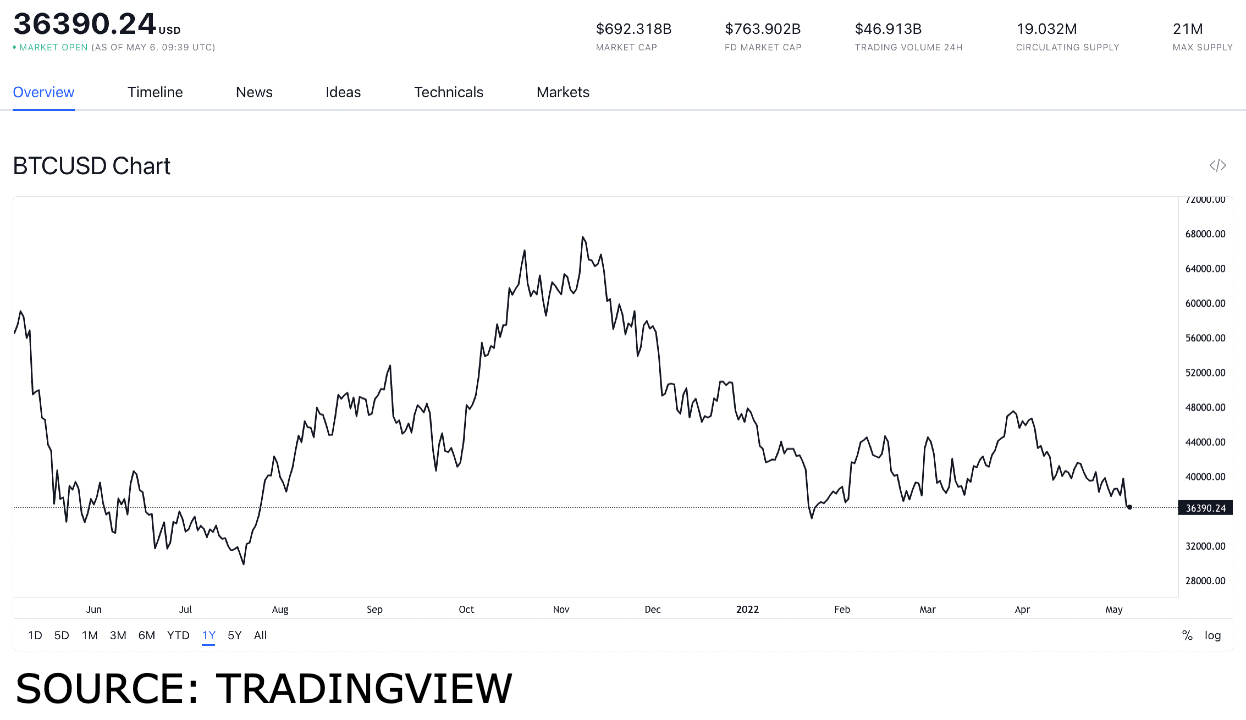 In order for us to see what this value point indicates for the future of BTC, we will be going over its ATH, as well as its performance throughout the previous month.

This would make BTC a solid purchase; however, if it dips again to $35,000 or under, it might be worth considering.