Bitcoin (BTC) is one of the largest cryptocurrencies when it comes to market dominance due to its unparalleled market capitalization and mainstream adoption rate.

In fact, there have never quite been as many corporations and countries racing toward making cryptocurrency acceptable and legal as a form of payment.

Despite this, there are fears that Bitcoin (BTC) might fall to $8,000 in value, from the perspective of people such as Guggenheim Chief Investment Officer Scott Minerd.

However, there have been numerous positive developments when it comes to Bitcoin’s adoption, which could lead to its growth.

Bitcoin integrations as a catalyst for growth

Gafisa, one of the largest Brazilian real estate developers, announced that they started accepting the Bitcoin (BTC) cryptocurrency for real estate transactions through a partnership with Foxbit.

The International Monetary Fund has announced that it will provide technical assistance to the government of El Salvador in numerous ways. These include tax and money laundering matters, including critical issues that the IMF raised in earlier reports.

Gerry Rice, a spokesperson of the organization, stated that there was contact with the government regarding issues related to the adoption of BTC in the country.

According to Glassnode, the Bitcoin market has traded lower for eight consecutive weeks, which is the longest continuous string of red weekly candles in its history.

Luxury brand Balenciaga also announced that they would accept cryptocurrencies, including Bitcoin (BTC), for payments.

All of these developments could lead to an increase in the value of the Bitcoin (BTC) cryptocurrency. 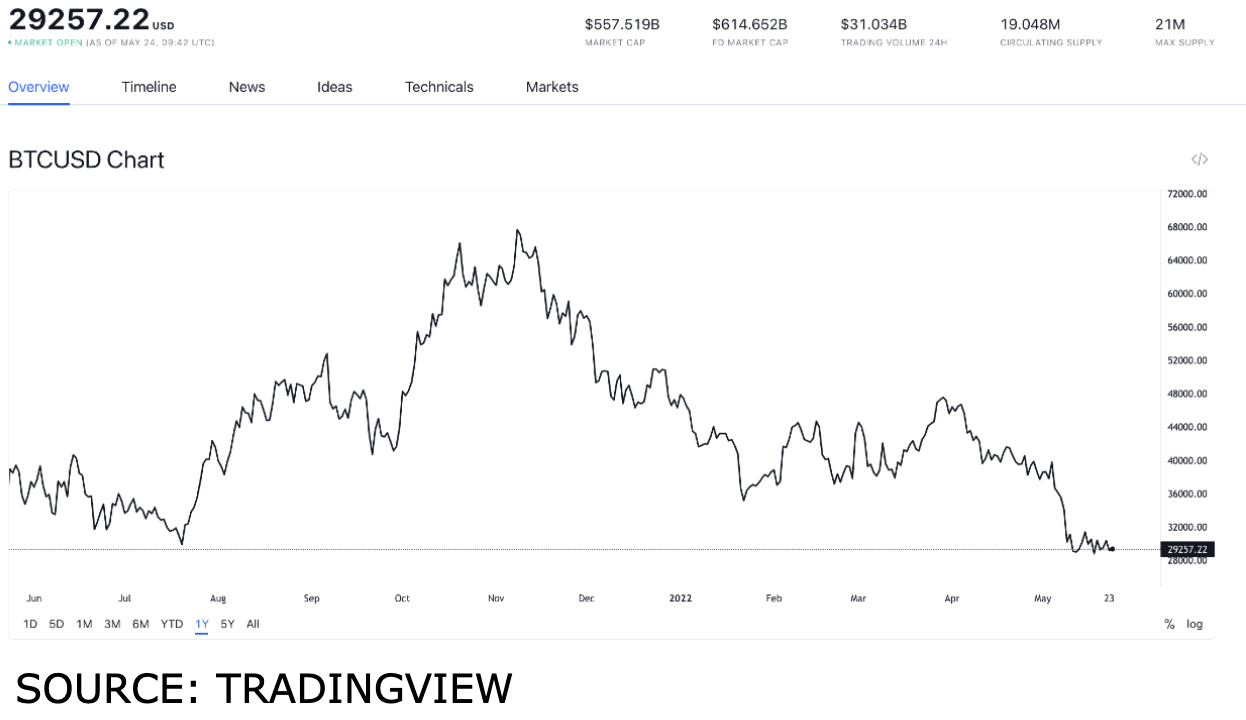 In order for us to see what this value point means for the future of the BTC cryptocurrency, we will be going over its all-time high as well as its performance throughout the previous month.