Home > News > Brazil’s Senate passed the first bill to regulate crypto, how will this shape BTC?

Bitcoin is by far one of the largest cryptocurrencies in terms of market capitalization.

Due to its wide appeal and popularity, it has been the go-to cryptocurrency when it comes to mainstream adoption and regulation.

Bitcoin adoption and regulation as a catalyst for growth

Bitcoin is being widely adopted by governments on a global scale. While some of them are still regulating it, others have even given the coin legal stature. Brazil is taking things slow. However, it decided to regulate the market first.

On April 27, 2022, Brazil’s Senate made history by passing the country’s first bill that aids in the regulation of cryptocurrencies. This bill was initially proposed back in 2015 by the Federal Deputy Aureo Ribeiro.

The government will set up an executive branch that will oversee the process of drafting rules for the crypto market. However, if no new regulator is formed, the Securities and Exchange Commission of the region or the Central Bank of Brazil would get the responsibility instead.

Fort Worth, which is located in crypto-friendly Texas, will begin mining Bitcoin through the usage of three Bitmain Antminer S9 mining rigs donated by the Texas Blockchain Council. The mayor, Mattie Parker, believes that the operational cost could be offset by the mined Bitcoin, which will be included on the balance sheet of the city.

The New York Senate Assembly passed a ban on new BTC mines on April 27, 2022 that do not use green power, and the bill will be carried out with the support of the State Senate for passing before a final sign-off into law by Governor Kathy Hochul. 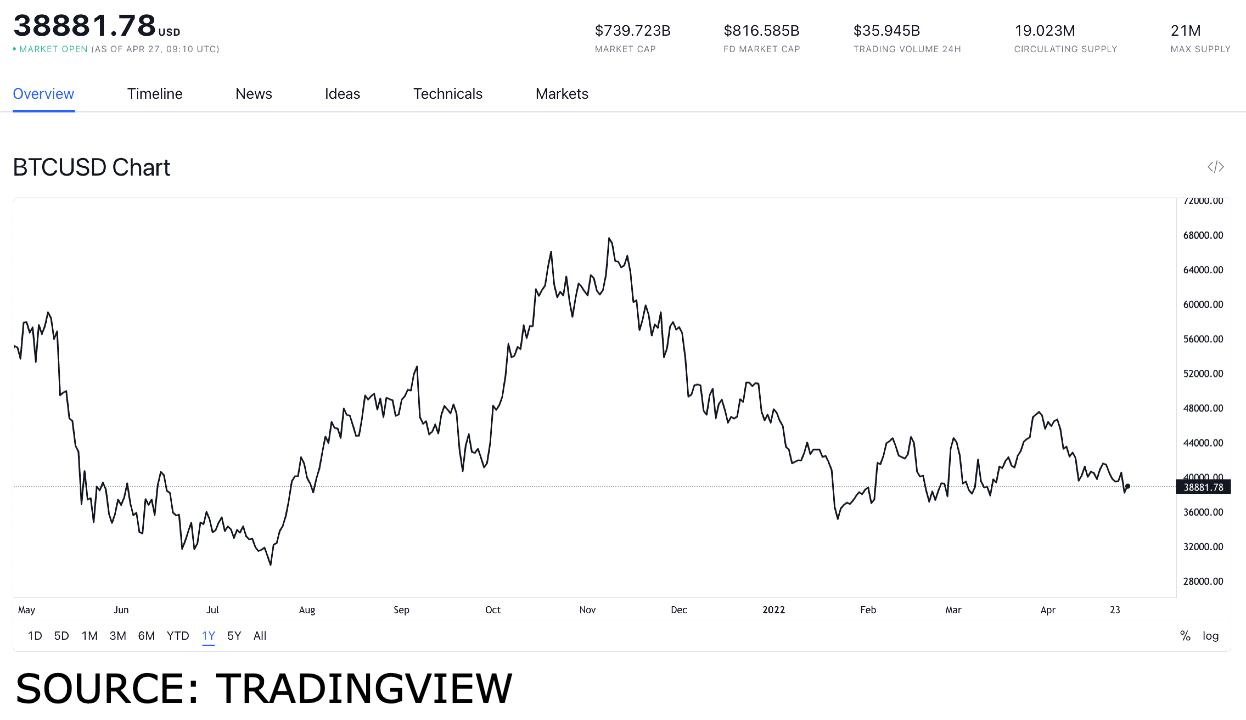 In order for us to get a better perspective as to what kind of value point this indicates for the Bitcoin (BTC) cryptocurrency, we will be going over its all-time high value, alongside the performance the coin showcased throughout the previous month.

When we go over the performance of the coin throughout the previous month, Bitcoin’s lowest point of value was on March 7, at $37,351.3.

With all of this data taken into consideration, we can expect the Bitcoin (BTC) cryptocurrency to reach a value of $40,000 by the end of April 2022.