Home > News > Bitcoin’s hovering around the 20K value, can it go any higher anytime soon?

Bitcoin (BTC) is by far the largest cryptocurrency in terms of market capitalization, and this is still the case despite the recent “crypto winter.”

There have been numerous discussions surrounding this cryptocurrency, as well as its overall potential future, and as such, we are going to look into each of these updates individually.

The CEO of MicroStrategy Inc., Michael Saylor, said that the average person needs 100 hours of dedicated learning to get a deep understanding of how the Bitcoin network actually works and why it is unique.

According to Saylor, “It is 100 times bigger than the next substitute of the next competitor.”.

This bold declaration was made whilst answering questions from a Fox Business journalist on June 21, 2022.

Alongside that, Citibank, which is a major global banking institution, revealed that they had hired Switzerland-headquartered crypto custody firm Metaco with the main goal of establishing a digital asset custody platform.

This collaboration will put focus on tokenized securities, which are representations of stocks and bonds, which are transferred and settled through the utilization of blockchain technology. 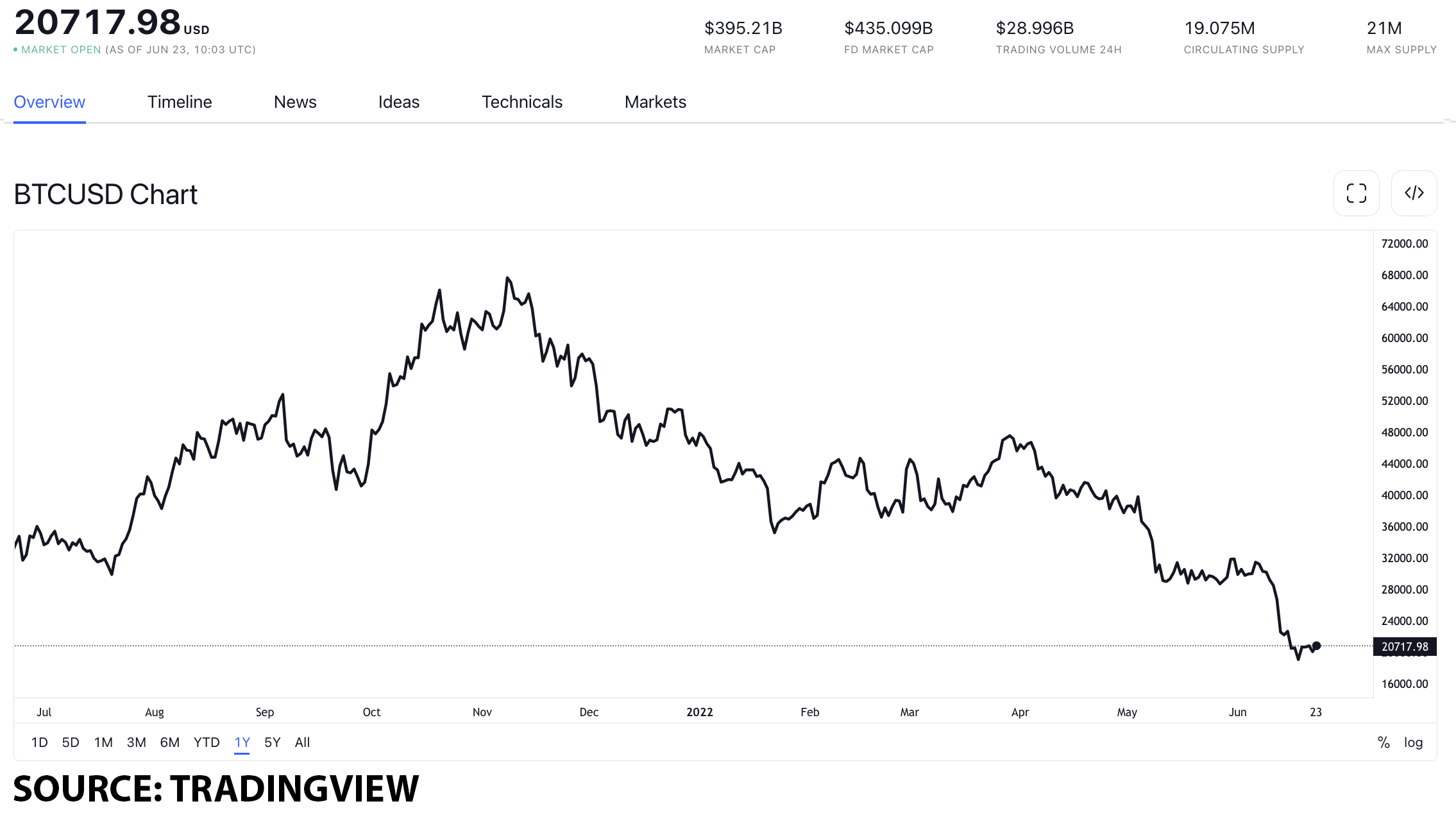 In order for us to get a better perspective as to what kind of value point this is for the Bitcoin (BTC) cryptocurrency, we will be going over its all-time high point of value, as well as its performance throughout the previous month.

However, when we take a look at the performance throughout the previous month, Bitcoin had its highest point of value on May 4 at $39,820.49.

Bitcoin dips to $24K, can the token recover anytime soon?