Bitcoin (BTC) is one of the largest cryptocurrencies in terms of its market capitalization, and despite the dip, this is still the case.

The price movements that regard this specific cryptocurrency have an effect on the border crypto market and overall space.

As Bitcoin carried on to fall in terms of value, data from CryptoQuant indicated that the all-exchange inflows of the Bitcoin (BTC) crypto had touched a 1-year-high.

Specifically, 40,620 BTC was moved to the exchanges on Monday, which was the largest single-day inflow after December of 2019.

El Salvador, however, bought the dip and added another $15.5 million worth of Bitcoin (BTC) to its balance sheet.

President Nayib Bukele revealed that the country bought the dip and added another 500 bitcoin to government coffers. 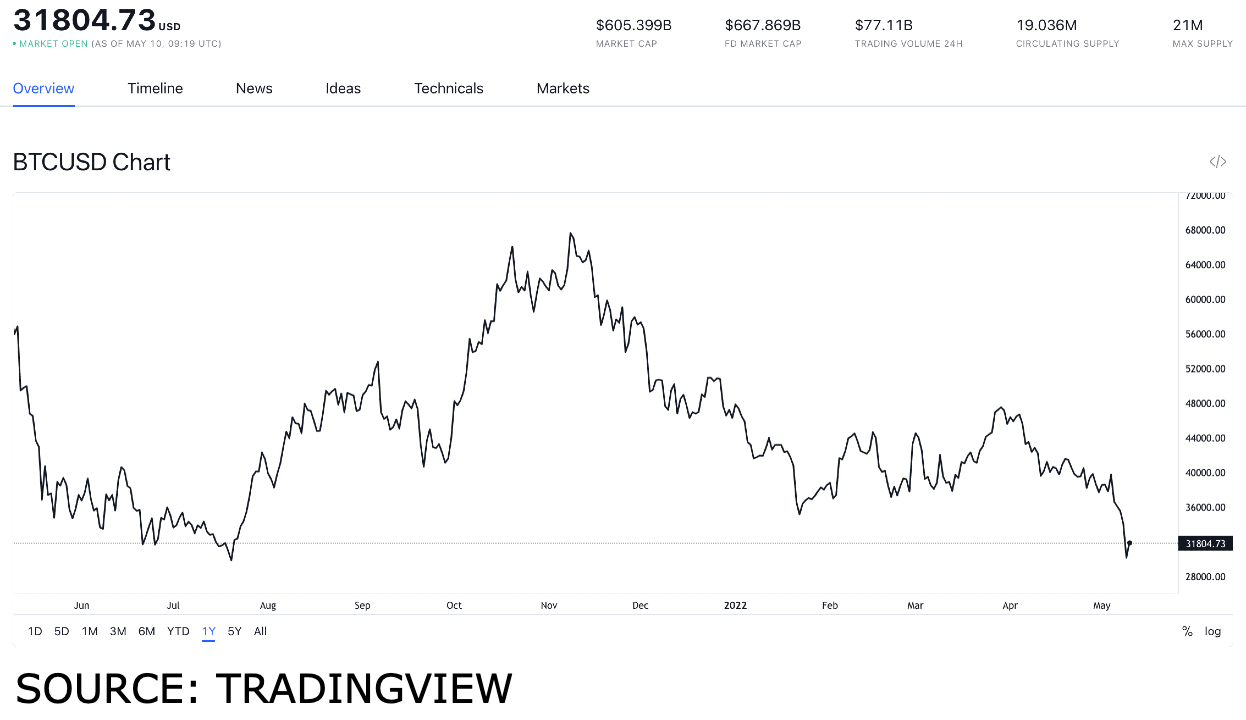 In order for us to get a better perspective of what this value point indicates for the overall value and future of the BTC cryptocurrency, we will be going over its all-time high point of value and the performance it showcased throughout the previous month.