Home > News > Bitcoin investors still in the green, should you buy BTC?

Bitcoin (BTC) is the largest cryptocurrency token in terms of market capitalization, so it is no wonder why it is one of the cryptocurrencies that’s being pushed to the mainstream market the most and one that a lot of investors have jumped into.

With that in mind, there are numerous developments within the sphere of BTC.

Investor success as a catalyst for growth

Bitcoin also took a chunk out of its impulse move above the $41,000 point on April 14, as Wall Street opened.

The BTC/USD pair made swift losses as traders began to favor a fresh downside which was fueled by a disappointing start.

Despite the fact that the Bitcoin market pulled back throughout this week, the prices have failed to truly find momentum.

That said, Bitcoin dropped to as low as $38,376.16 on March 15, but this wasn’t its lowest point of value throughout the month. However, according to data from Glassnode, 75% of the Bitcoin holders are still in profit, despite the fact that the token was not trading at its best.

However, despite all of this, the MicroStrategy CEO, Michael Saylor, said that his multibillion-dollar Bitcoin (BTC) investment led to “tremendous success” in driving shareholder value.

In the letter, he wrote, “Adopting bitcoin as our primary treasury reserve asset set us apart from conventional competitors and elevated our brand.” 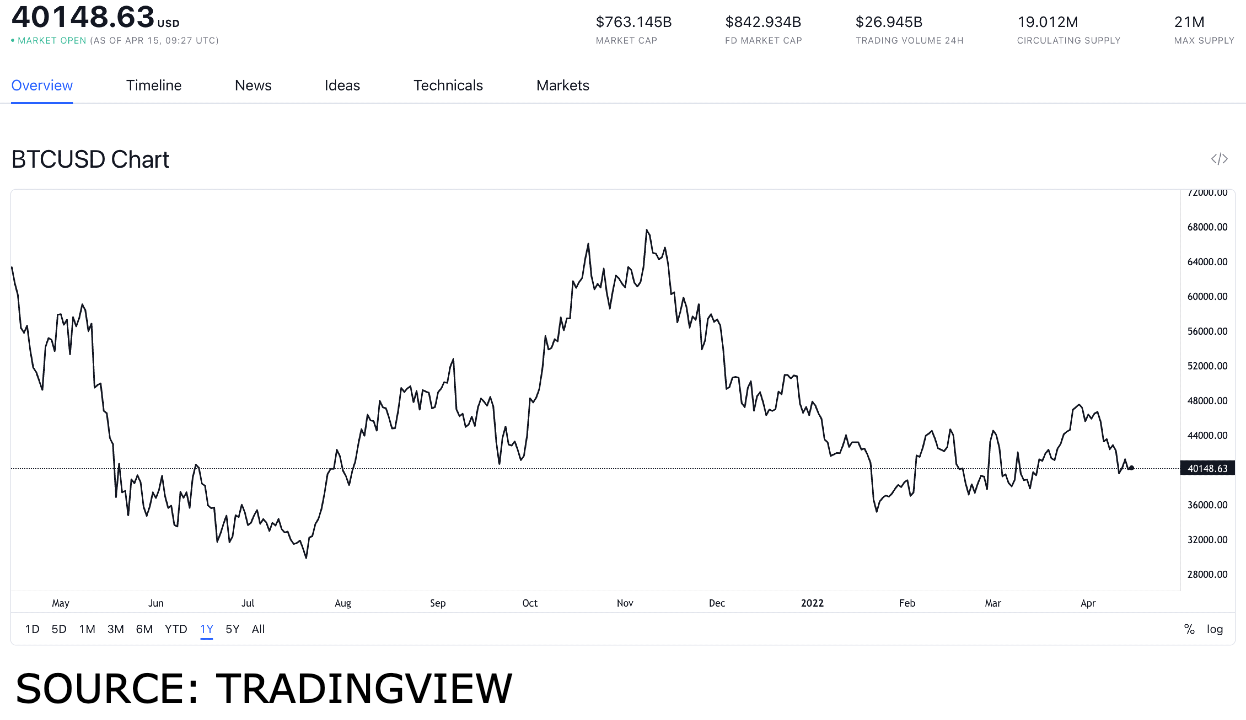 In terms of Bitcoin (BTC)’s performance throughout the previous month, BTC had its lowest point of value on March 7 at $37,351.3.