Bitcoin (BTC) has been the most-watched cryptocurrency both due to its market capitalization as well as due to its widespread adoption.

In fact, there have literally been hundreds of companies that are implementing Bitcoin in their offering, and this could potentially increase the value of the token in the future.

However, Bitcoin has recently dipped to the $24K price range.

Bitcoin’s decrease to $24K and its potential future

This makes it one of the lowest points of value the cryptocurrency has decreased to throughout the past few months.

However, there are still positive things surrounding BTC.

Specifically, Blockware Solutions, the blockchain infrastructure and Bitcoin mining firm, released a report that analyzed the pace of the adoption of BTC.

The firm’s analysts say that Bitcoin’s adoption will reach 1 billion users by 2013.

Furthermore, the American billionaire investor Stanley Druckenmiller warned that the U.S. economy would slip into recession throughout the next year and said that he would rather own more Bitcoin (BTC) than gold due to the rising inflation.

In an interview with Stripe co-founder John Collison, Druckenmiller also said that we are six months into a bear market, and it is highly probable that the bear market has ways to run.

Grayscale CEO Michael Sonnenshein also said that pension funds are considering adding Bitcoin (BTC) as an asset class as a means of diversifying their portfolio.

During a CNBC interview on June 10, Sonnenshein said that the crypto market decline had not affected the interest shown in cryptocurrencies.

With all of these updates in mind, there is a question in investors’ minds if Bitcoin can indeed get back up in value anytime soon. 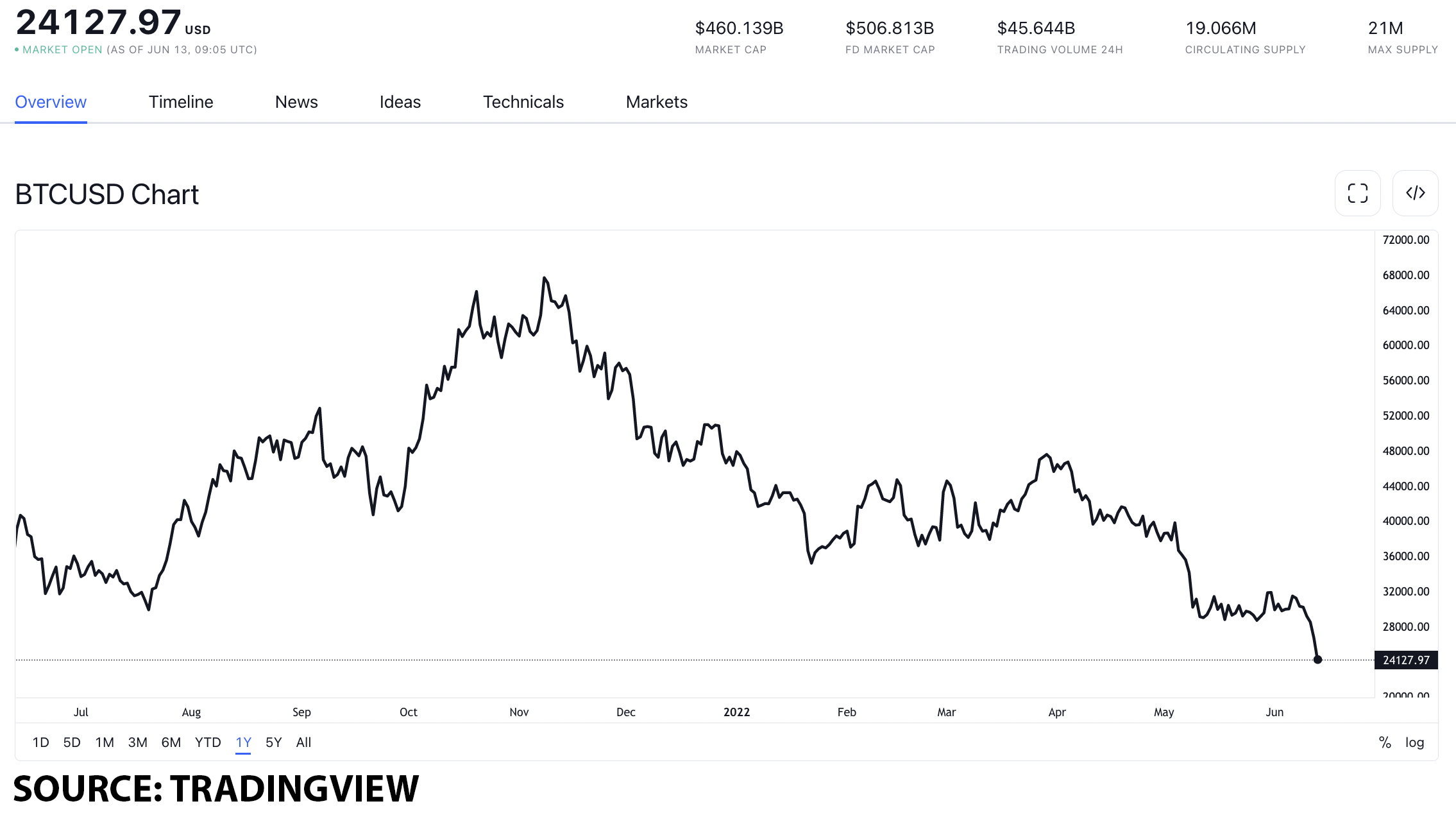 To get a better perspective as to what kind of value point this is for the BTC cryptocurrency, we will be going over its all-time high point of value, as well as its performance throughout the previous month.

When we go over the performance of the token throughout the previous month, Bitcoin had its highest point of value on May 4 at $39,820.49.

If Bitcoin is as volatile as it historically was, we can see the cryptocurrency reach $28,000 by the end of June 2022.