Home > News > Bitcoin could become bullish and here’s why

However, the recent value points regarding the cryptocurrency have not been as bright as one might expect; however, the crypto could kick back up in speed as well as value soon.

Numerous Bitcoin price updates as an indication of future growth

Billionaire Warren Buffett made a less than favorable announcement on his outlook for the Bitcoin cryptocurrency. Buffett has a reputation for being negative about crypto, claiming that he would not even “buy all the Bitcoin in the world for $25”.

Specifically, this 91-year-old skeptic called Bitcoin “rat poison squared,” where this skepticism is typically related to the fact that digital assets offer no tangible value.

Buffet attended the Berkshire Annual Shareholder meeting on April 30, where he commented on crypto and the widespread adoption seen in the sector.

Buffet stated that although he is unsure if the price of the token will increase in the future, he is still sure that “it doesn’t produce anything.” Furthermore, Bitcoin’s prices have plummeted.

The Federal Open Market Committee (FOMC) is mandated with creating policies to promote economic growth and stable prices. It is anticipated that economists will raise the base interest rate by half a percentage, something that has not been seen in the last 24 hours. This has contributed to the decrease in the value of BTC.

Furthermore, rather than selling Bitcoin to raise additional funds, miners are selling Bitcoin call options to get money out of their holdings and are adopting a variation of yield-generating strategies deployed through the usage of conventional finance.

Bitcoin needs to reclaim the $40,000 zone in order to get back up to speed, and this could happen by the end of May. We will go over the token’s performance to showcase how this can happen. 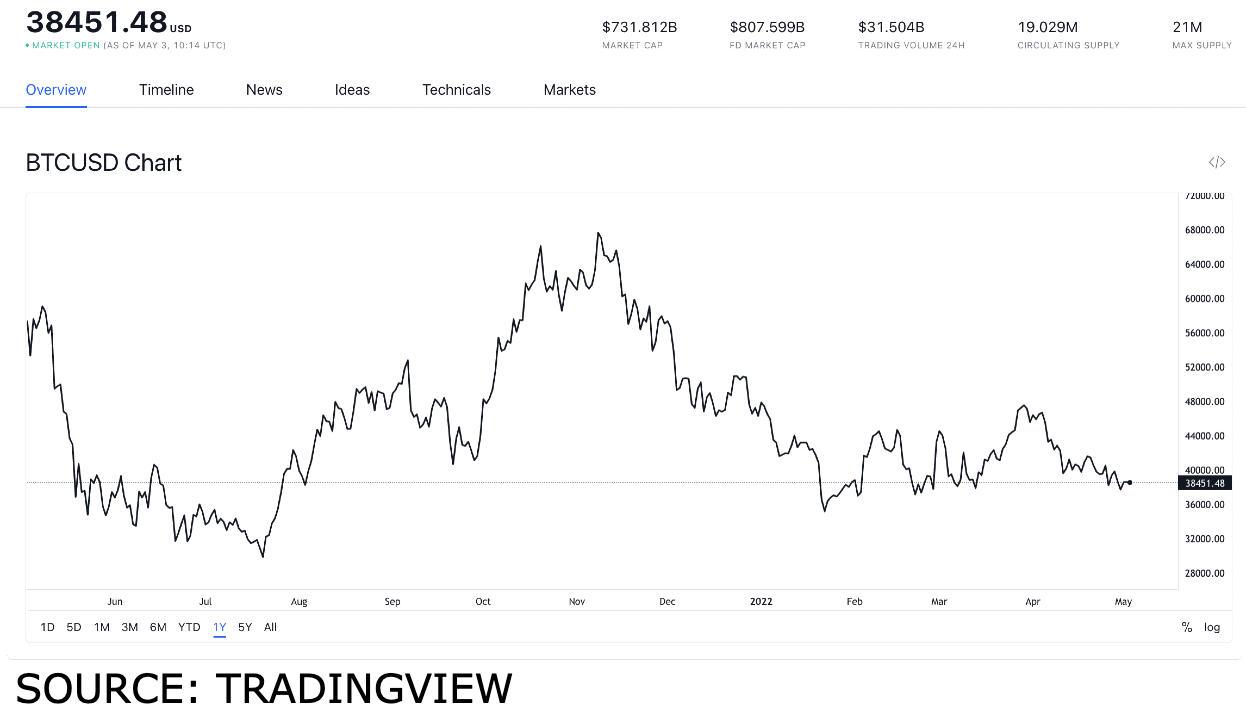 In order for us to get a better perspective as to what kind of value point this is for the BTC cryptocurrency, we will be going over its all-time high point of value, alongside its performance throughout the previous month.

When we go over how the token performed throughout the previous month, Bitcoin (BTC) had its highest point of value on April 2 at $47,003.43.

All of the aforementioned news is pushing attention to the cryptocurrency, which could lead to a lot more interest, and investments, ultimately pushing the price up.