Just about everyone's heard about Bitcoin (BTC) by this point; however, with this kind of knowledge regarding the token, we have seen a lot of developments in its adoption.

Legislation developments and large investments as a catalyst for growth

A group of Senators within the United States has put forward legislation that will require the State Department to report, as well as develop a plan of mitigating potential risks which are posed by El Salvador’s Bitcoin law.

This bill would require the State Department to report on El Salvador’s Bitcoin moves if the proposed legislation is passed.

The Senators have a genuine belief that the Central American country’s Bitcoin law raises significant concerns, and the legislation gives the State Department 60 days to generate a report on El Salvador’s adoption of the leading cryptocurrency, assuming the bill passes.

Additionally, Warren Buffet invested $1 billion in a crypto-friendly bank. In other words, his company, Berkshire Hathaway, has bought $1 billion worth of stock in a digital bank with a focus on cryptocurrency. This bank is known as Nubank, which is a digital bank based in Brazil and the largest of its kind. 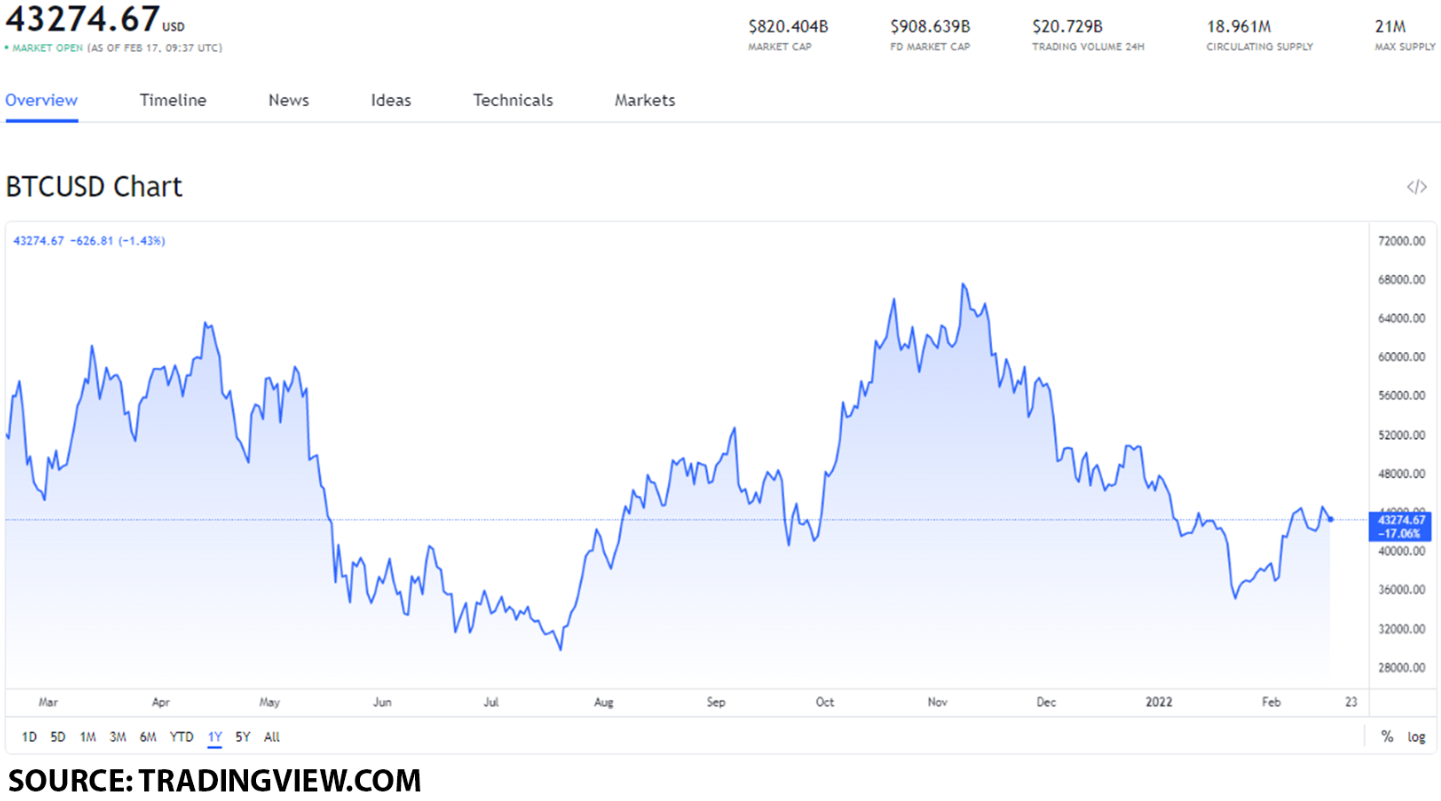 To truly get a better perspective as to what kind of value point this is for the BTC cryptocurrency token, we will be going over its all-time high value and then over the performance, it showcased throughout the previous month.

When we go over the token’s performance in January, Bitcoin (BTC) had its highest point of value on January 2, when it reached a value of $47,730.23.