Home > News > Apple co-founder calls bitcoin the only pure-gold cryptocurrency, should you buy it?

Bitcoin (BTC) has dominated the cryptocurrency industry ever since it was initially launched and has remained on the number one spot in terms of market capitalization as well as global adoption.

There are numerous supporters of the Bitcoin (BTC) cryptocurrency token and a lot of recent developments.

Apple co-founder praise as a catalyst for growth

On March 6, 2022, Steve Wozniak, who is the co-founder of Apple, had some words of praise for Bitcoin. In his recent interview with Business Insider, where he described the largest cryptocurrency as "pure-gold mathematics."

Additionally, according to data provided by Whale Alert, a Bitcoin wallet that contained 407 BTC or $15.5 million worth of Bitcoin at the time of writing has been activated for the first time since 2013. These tokens were worth $355,254 in 2013.

All of these developments can drive the value of the BTC cryptocurrency token further. 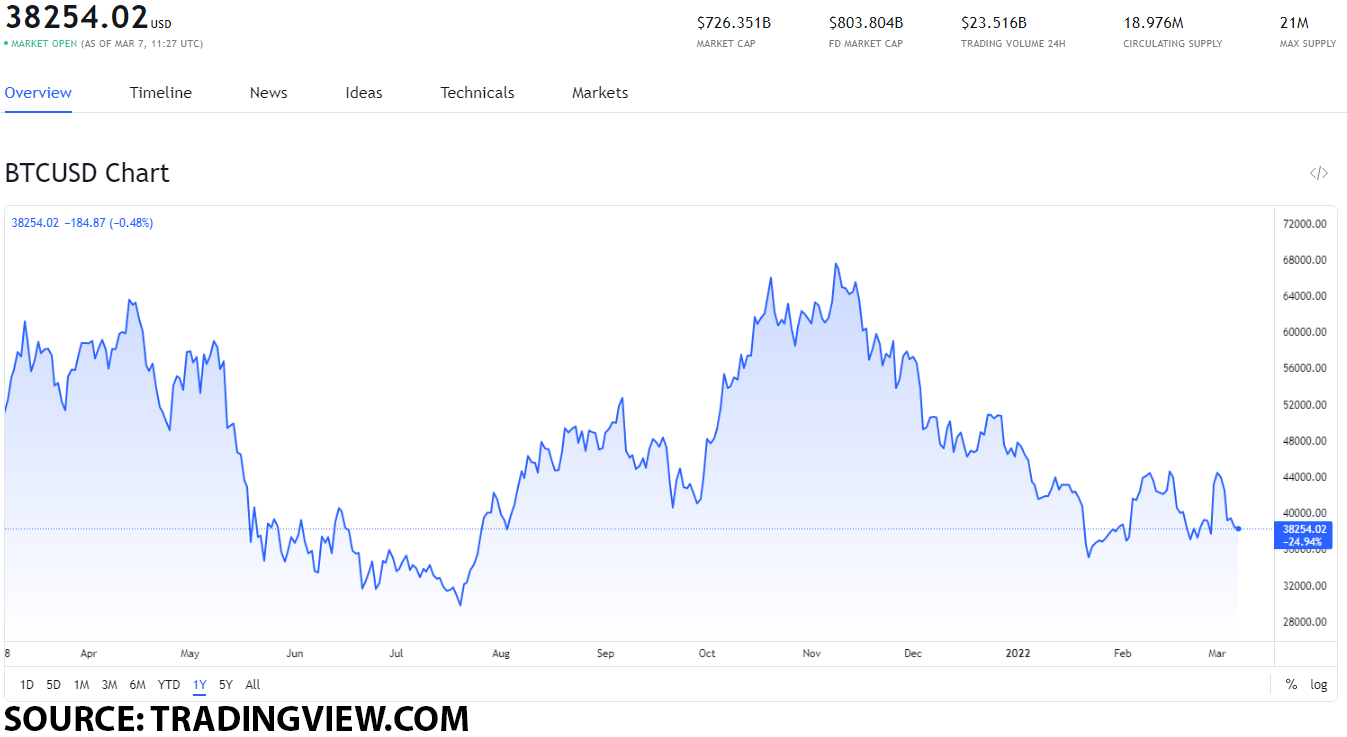 To truly see what this value point indicates for the BTC cryptocurrency token, we are going to go over the token's all-time high point of value and discuss the performance it showcased throughout the previous month.

When we go over the performance of the token throughout the previous month, Bitcoin (BTC) had its highest point of value on February 10, when it reached a value of $45,387.26.

With all of this taken into consideration, we can expect the Bitcoin (BTC) token to reach a value of $42,000 by the end of March 2022.