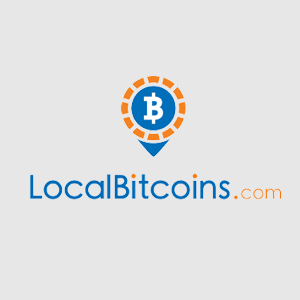 Localbitcoins is an exchange founded in 2012 by Jeremiah Kangas, but it is currently being headed by the CEO Nikolaus Kangas who resides in Helsinki, Finland. It expanded so rapidly that currently it is operating in over 248 countries. An interesting point about this exchange is that they do not have any backing from venture capitalists.

Clue’s in the name with LocalBitcoins, i.e., it’s exclusively a marketplace for Bitcoins – although, LocalEthereum launched recently but that’s a separate, though affiliated, site.

They clearly state on their website that venture capitalists invested zero money in the project. They follow the core principles of Bitcoin in terms of decentralisation, hence they present themselves as totally free, uncontrolled and as an unauthorised website that is open for people from all nations. You can trade with a human, and even have a face to face interaction with them if you choose to pay with cash. You can see the history of the person you are going to deal with – by the rating they have on their profile.

There are a lot of similarities with eBay, i.e., users can be well regarded because of the feedback they receive and therefore can attract more people to use them for a transaction in the future. The best part about this exchange is that buying or selling crypto-assets on this exchange is absolutely free. You do not need to pay any maker-taker fees or anything for purchasing or selling your Bitcoin.

When we talk about security features, LocalBitcoins have enabled 2FA (two factor authentication) for their users and they also have a login guard. Login guard alerts the users if their LocalBitcoins account is logged in from an unregistered or unauthorized browser. They do have a complete guide for the users to stay alert and beware of scammers. Apart from the security measures taken at their end, they suggest users to use very strong passwords, which should be a given but still isn’t!

They do not charge any fees on buying/selling Bitcoins, but they do charge a flat 1% fees on completed trades, which basically means they do charge to buy or sell bitcoin, but have worded it differently. For those who want to purchase Bitcoins using cash, you have to use an invoice system which adds an additional 0.5% onto the fee. This is the same when any invoices are used. For cheaper trades, look to avoid the payment methods that require this.

There are lots of payment methods you can buy bitcoin with nowadays: bank transfers, credit / debit cards, mobile wallets like neteller, paypal, plus many more. All these different methods result in the same thing: money entering and exiting your bank account, which ultimately means that you still need to answer to the tax man. As lots of countries are now classifying cryptocurrencies as a tangible asset, there are places where you must pay capital gains tax on it.

We are not in any way advocating the avoidance of tax but you can buy bitcoin through LocalBitcoins using cash, which does not go into your bank. So you can buy bitcoin with cash through LocalBitcoins but you can also buy using pretty much any other payment method you can think of. The reason being is because the seller determines how they want the buyer to pay for it and if agreed then that payment method is used. Many users have claimed that they have got amazing deals through this website, whilst on the flip side there are also complaints from people paying way over the odds for bitcoin.

What LocalBitcoins actually does is match up a buyer and a seller, who can then decide how to proceed with the transaction. They can meet up in person to exchange or they can simply agree on a bank transfer. It is secure because the seller must put the agreed amount of bitcoin into escrow on LocalBitcoins. Once payment is received, the coins are then released and sent to a wallet of the buyers choice. We will now look further into the workings of this platform and see if it is a viable way to buy bitcoin routinely.

Signing up on localbitcoins isn’t difficult – anyone can sign up, even using a pseudonym or an anonymous ID. You can be completely anonymous on this platform but to perform trades, you will need to provide your real name, that is the policy of LocalBitcoins.

They also ask for some government issued identification documents, but their policies state that the information you submit will never be shared. The seller might ask you to submit your ID in case you initiate a purchase, and you might have to submit some documents if you want to buy bitcoins, but that is optional and depends upon the seller.

Customer Support of LocalBitcoins is available 24/7 because of their extensive network and high congestion, but they are not as responsive or active as they should be. Users usually complain about them ignoring their grievances, and for not responding to their requests.

As LocalBitcoins also works on custom research projects, for which they charge 200 EUR/hour (to be paid in bitcoins), their focus towards their customers on LocalBitcoins is less and their aim to develop their research domain is a higher priority. This is what the users often accuse them of and it is a fair point. Their customer care team has a lot of room for improvement and, as there are plenty of other exchanges to choose from, so LocalBitcoins do need to be careful not to alienate their user base.

However, the fact that they are a reliable source to cash out of a Bitcoin position does give them reach, because lots of users end up there selling their bitcoin. Lots of users can get out of other coin positions by exchanging their altcoin for bitcoin on another exchange and then cash out on localbitcoin. The other positive that should not be overlooked is that they accept any fiat currency, meaning those from India, Russia or wherever can buy bitcoin. More popular exchanges only allow USD, GBP or EUR, pigeon holing them to some degree.

LocalBitcoins at present is the only way to buy Bitcoins using a person to person domain, and to buy Bitcoins in cash. Hence, they might be the best option for the customers who prefer trading in cash over cards. This however will surely not catch on, as cash is dying (it won’t die but I cannot see it being a big source to buy cryptocurrencies). There are a lot of security issues that a user might face, because the entire network is dominated by people, there will always be the risk that one person will not pay his side of the bargain.

Not being regulated or centralised might seem great for Bitcoin, but for an exchange, it raises a lot of red-flags, as some people cannot be trusted. The trades might be monitored and strictly controlled by the website, but there are still many scams and frauds that do take place despite high security features, and sophisticated methods of protection. We hope that this review clears a lot of doubts you might have about LocalBitcoins.