Neo is a blockchain-based platform with its own native cryptocurrency that enables the development of decentralised applications (dApps). The NEO network aims to automate digital assets management by using smart contracts, building a distributed network-based smart economy system.

Our aim with this article is to cover the important stuff you need to know about NEO and its digital currency, the NEO token, and whether it has a future in the global economy and trading markets. After reading this article, we want readers to understand better what people are labelling the Chinese Ethereum and how they can invest in this cryptocurrency.

What Is NEO and Why Was NEO Created?

This cryptocurrency was formally known as AntShares, and founded in 2014 by Da Hongfei and Erik Zhang but later rebranded to NEO in June 2017. The decentralised open-source blockchain application platform has a supply limit of 100 million coins. Neo primarily entered the market to provide dApp developers with an easy to use cryptosystem.

Ambitiously, Neo seeks to tackle an array of issues currently facing the market. Touching on what we have previously stated, Neo is primarily meant to be a more flexible alternative to the Ethereum ecosystem.

The company believes in the philosophy of evaluating design choices on a multifaceted spectrum. By doing this, NEO can adjust their market approaches accordingly.

As an example of this, NEO developers can easily decide based on individual use cases what level of centralisation or decentralisation they want to use for specific projects. They can also make similar judgments when deciding to use either on-chain, or off-chain governance. Therefore, NEO has more use cases when compared to other cryptocurrencies for both governmental and commercial sectors.

How Does NEO Work?

Although complicated, it is possible to understand how this cryptocurrency works. When we look at the NEO blockchain, the first noticeable factor is that it can accommodate a wide variety of digital assets, and it can also digitise assets. Due to NEO’s blockchain solutions, users can digitise, buy, sell, record, circulate, and exchange all sorts of assets.

The NEO token is the native cryptocurrency for the NEO blockchain; then, GAS is the utility token for the NEO network. In the ecosystem for this digital currency, GAS functions similarly to how Ether functions in the Ethereum network. Additionally, you can also convert your GAS directly to NEO tokens.

One of the most attractive aspects that the platform offers is to provide developers access to a virtual machine that simplifies the vital components and functions of smart contract programming. Developers don’t need to learn an entirely new programming language to utilise the NEO platform.

The NEO network uses a Delegated Byzantine Fault Tolerance consensus mechanism (dBFT). The mechanism works by having nodes act as bookkeepers, very similar to the role of accountants.

Now the digital accountant does the block verifications, and the data is then broadcast on the blockchain. A consensus is only ever achieved when two-thirds of the network nodes agree with a bookkeeper’s version of the blockchain. 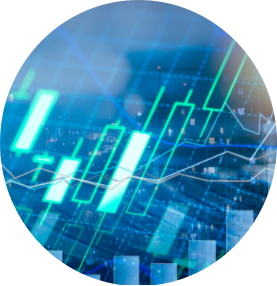 Neo currently has many influential partnerships with prominent companies such as Alibaba, Microsoft, and HyperLedger. These partnerships are inspiring confidence in the NEO cryptocurrency and network. Neo is steadily growing in user esteem. Additionally, the platform is set to establish close cooperation with the Chinese government, which will allow them a large share of the Chinese market once cryptocurrencies are entirely legalised in the country.

Possibly the most significant selling point of NEO is their smart economy. This feature is wholly different from what other cryptocurrencies offer. When utilising the smart economy, it’s possible to digitise physical assets onto the NEO blockchain. Incredibly, anyone can register an asset and benefit from the smart economy aspects that include traceability and transparency. However, this is only possible through digital identities, powered by a system known as Public Key Infrastructure.

One of the key benefits that the NEO cryptocurrency offers is in the form of GAS rewards. Every time a new block is made, users are rewarded GAS, and this will continue occurring until GAS reaches its market cap of 100 million coins. When this happens, holders of NEO will be rewarded with a portion of the transaction fees.

Is NEO Worth the Investment?

The uniqueness of NEO is drawing a lot of attention to it, and as a result of this attention, the digital currency is gaining momentum on crypto markets. The platform is attracting investors and traders alike due to its capability of creating a smart economy. As with most cryptocurrencies, NEO has experienced many market highs and lows over the last few years.

The year 2020 has been an exceptional year for cryptocurrencies, and NEO isn’t an exception to this. Market volatility is typical amongst crypto asset trading, and as such, NEO is projected to be more stable in the long term, offering some great potential for investment.

Due to this, more and more people are beginning to wonder if they should invest in NEO. Digital currencies are expected to continue growing into the foreseeable future, but they are risky endeavours to invest in. This is why it’s very important for those wishing to begin investing in cryptocurrencies to do their market research first.

NEO has upgraded the consensus algorithm on its mainnet, industry website Cointelegraph has reported.…